In our previous 2 articles (“What is Test Driven Development?” and “Introduction to PHPUnit”), we discussed what Test-Driven Development is and why you should use it and we gave a very basic intro to PHPUnit. In this article, we’ll work through how to use PHPUnit to develop some new features using TDD.

A Brief Recap of TDD

TDD consists of 5 phases that we’ll be cycling through during the course of this article. They include: 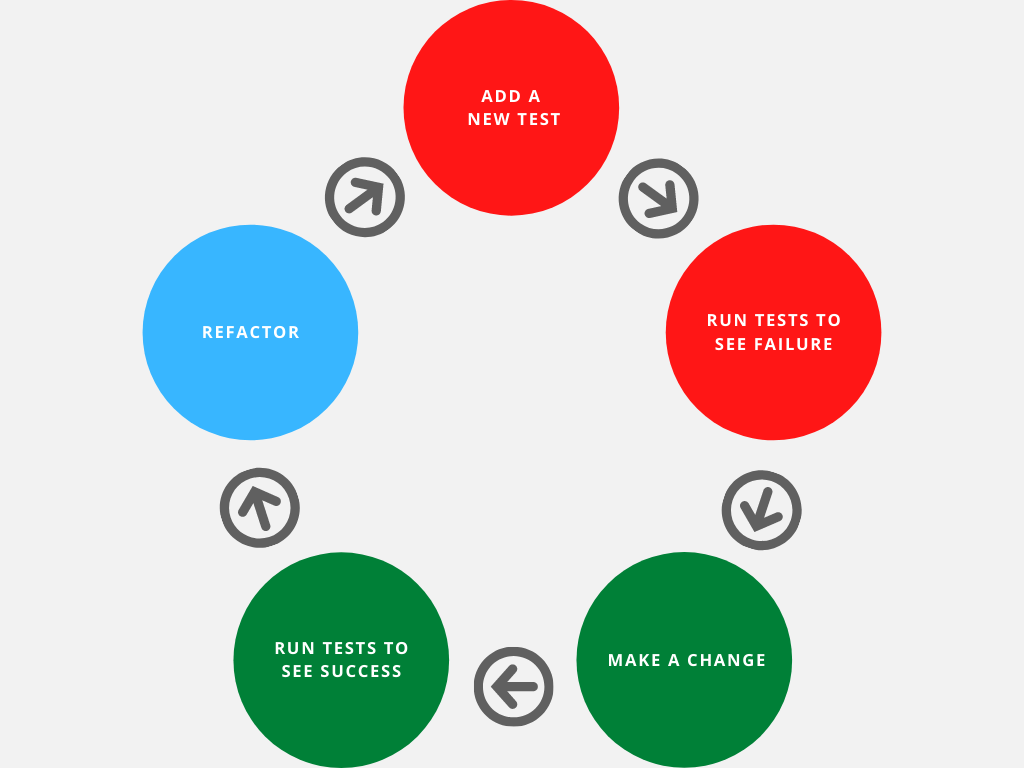 If these phases are still a little fuzzy make sure to check out “What is Test-Driven Development?” for a full overview.

This example assumes we have PHPUnit > 8.0 installed in the ./vendor/bin directory of our project directory.

Let’s say our application has a SuperString class to enhance PHP’s string type and we need to add some functionality to check if the string we have is empty ("").

This is what the SuperString class looks like initially.

The first thing we’re going to do is create a new test to check the result of one input to SuperString.

Notice how small the test is. We’re giving the test a very specific functionality to test and we’re only asserting one thing. If we have more than one assert per test we run the risk of making it difficult to debug later when something does eventually breaks.

Also, note that we’ve named the test function so we can easily understand what the test is doing. testIsEmptyTrue is much shorter but is ultimately not as understandable.

Now we’ll run PHPUnit to see that we do indeed get a failing test. In this case, we haven’t yet defined the function so we get an “undefined method” error.

Again, our goal in this phase is to make the smallest change we can to allow our tests to pass. To that end, we’re going to create our new isEmpty() function and just have it return true. It doesn’t cover all the possible inputs but the goal in this step isn’t to cover all the inputs it’s to get our test to pass. We’ll cover more inputs later.

Now we run our test and verify that our test passes.

Our code currently doesn’t contain any duplication but it’s important not to get lazy and skip this step.

Our simple implementation of isEmpty() is going to be wrong most of the time because of its current implementation. Now we need to add another test that checks for opposite cases where the string isn’t "". As a general rule, it’s a good idea to have tests for what we would consider normal input, the extremes of inputs (very large or very small), and spots where we can think of oddities happening.

Here is our test. It’s essentially the inverse of our testBlankStringCausesIsEmptyToReturnTrue() function.

Now we make a small change to our isEmpty() function so it passes all the tests.

Again due to the simple nature of our example there isn’t any duplication in our code at this point.

Now we have another feature that requires us to check to see if the string isn’t empty. To that end, we’re going to create an isNotEmpty() function that will complement our isEmpty() function.

In this case, instead of returning false and then creating another test so we can write the functionality by going through all the TDD steps, we’re just going to trust ourselves and create the obvious implementation of the isNotEmpty() function.

Now here is where it gets interesting. The last two times we’ve hit this step we haven’t had anything to do but now look at our isEmpty() and isNotEmpty() functions.

We can see some minor duplication in the two calls to mb_strlen($this->string). Now we just need to determine how we want to resolve this.

The first solution is to extract that duplication into a new function because we’ll most likely need the same logic again.

The second solution is to realize that isNotEmpty() returns the boolean opposite of isEmpty().

In the end, the first solution gives us the best flexibility for future expansion so we’ll stick with that.

Finally, we need to run our tests again to verify that no errors crept into our code as we made these changes.

Are you using PHPUnit and TDD? How is it going? Let us know in the comments if it’s going great or if you’re running into problems.